Community Building Towards A Culture Of Peace

The focus of Peace Through Unity, at its core, is the individual, the ‘ordinary citizen of goodwill,’ a global citizen, who becomes many as ‘we, the peoples of the United Nations.’ The individual is the starting point to action at all levels; be it self-governance, local-governance, national-governance or supranational governance, these are all units of responsibility comprised of individuals.

Throughout the years, Peace Through Unity initiated and involved in many projects and campaigns both in the local and international communities, bringing people together from all walks of life to advocate the essence of a culture of peace.

Here are some of the highlights throughout the years.

In 1980 PTU launched the UK World Disarmament Campaign in Australia on UN Day and in NZ in January 1981; it took the campaign to the Philippines, China, India and Japan in 1982. PTU attended the Second Special Session on Disarmament in New York and subsequently worked with the UN Disarmament Campaign.

PTU is especially concerned with peace/environment education among young people and was involved in the Peace Child Musical in 1986 (International Year of Peace). Patrons of the Rainbow Theatre, Whanganui, NZ, staged Peace Child and took it to Parliament House, Wellington, in a shortened version. It was later performed in the UK. PTU sponsored and fund-raised to send four young people to the International Peace Child Musical in 1990 in UK, and a young girl to the Children’s Summit meeting in Hearts Bend, Vermont, USA.

In 1989, PTU launched a global grassroots campaign aimed at establishing Antarctica as a World Peace Park, in support of the international campaign to raise public awareness and conscience to the urgency of protecting Antarctica and surrounding seas from all forms of pollution and commercial exploitation. This was taken up and promoted by students in schools and universities, including the University of Peace, Costa Rica. 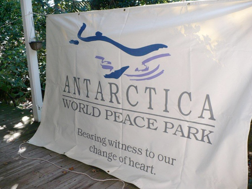 PTU organised a Children’s Hearing in the Whanganui District Council, chaired by the local mayor, with a panel of government officials, UN/UNICEF/MAORI representatives and the Commissioner for Children. Subsequently it sponsored and arranged for a Maori girl to participate in the Global Children’s Hearing at the Brazil Rio Earth Summit in 1992.

In 1993, a member of the PTU Youth Forum brought 21,000 signatures to Japan from the students of NZ (3,000 from other countries) in support of the French proposal for an Antarctic Whale Sanctuary and handed them to the chairman of the International Whaling Commission at their Kyoto Meeting.

In September 1996, PTU formed a Whanganui Branch of UNANZ and sponsored a representative to attend “Dialogue of Culture”, a conference at Taganrog, Rostov region, Russia.

Gita introduced the concept of a NZ Forum for UN Renewal to UNANZ. It was adopted and formally established in March 1997 in the Legislative Council Chambers of Parliament.

PTU was officially represented by the late Dame Laurie Salas at the UN DPI/NGO conference in New York, in September 1997.

On 21 September 2002, the first fixed International Day of Peace, the sculpture was dedicated to a culture of peace and non-violence for the children of the world by the New Zealand Governor-General at a ceremony on the historic hill at the heart of Whanganui City where it is situated, neighbouring the Regional Museum, the Art Gallery, the Public Library and the War Memorial. 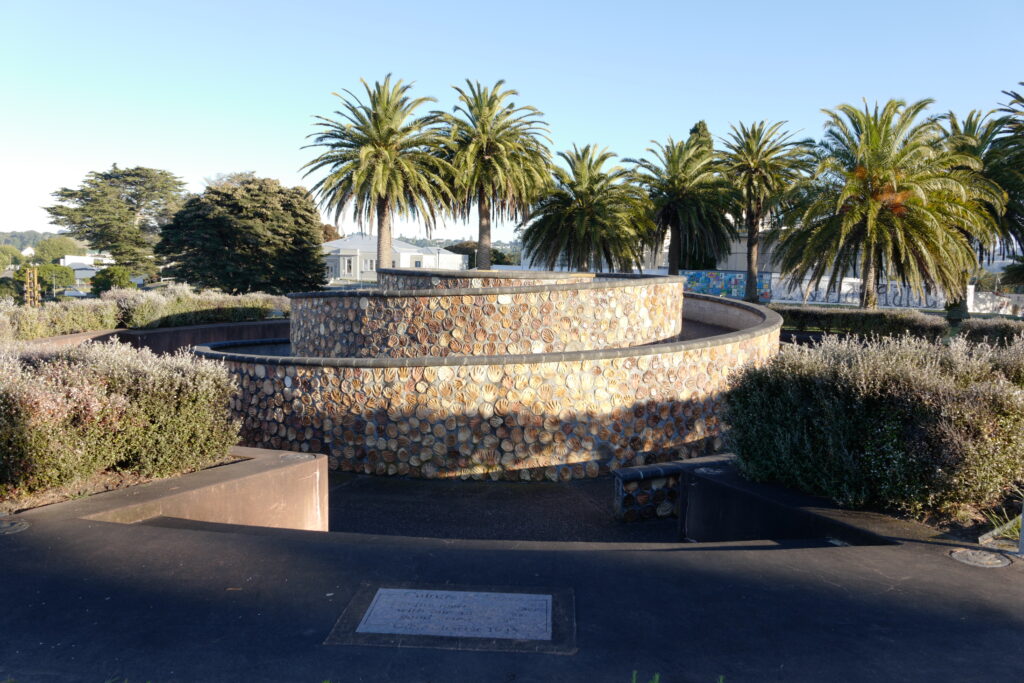 The first Whanganui Peace Day celebration marked the dedication of the Peace Sculpture to a culture of peace and non-violence for the children of the world on 21 September 2002. Since then the Day has been observed as a cooperative effort, coordinated by Peace through Unity and UNA Wanganui Branch but involving people from many other groups, including the churches, Quakers, PPSEAWA, NCW, UCOL etc. 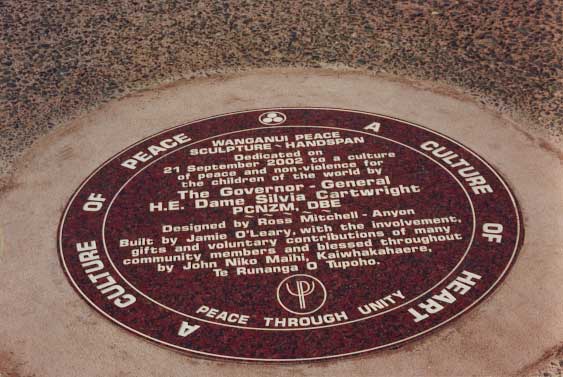 Since 2012, PTU representatives at the UN actively participate in the annual High Level Forum being held in New York and present regularly on the occasion. 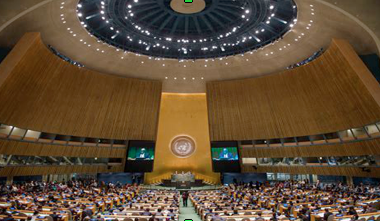